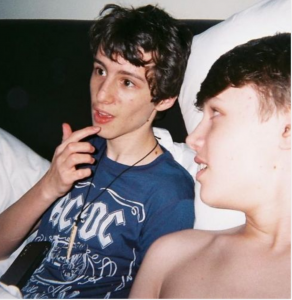 There are more new pictures in the galleries of the boys at the Chapter 13 house.

They are still in lockdown together working on new music.

They are still teasing Heartbreak Takeaway in their instagram captions, the latest one is:

missing u at shows 😭

The Chapter 13 instagram posted a new clip of the song Say When You’re At Your End.If you missed the last teaser of this song, you can see it here.

The lyrics for this song have been updated, get the new lyrics here.

They have also been adding posts to their instagram mentioning Heartbreak Takeaway, they still haven’t confirmed what this will be. A single? Maybe an EP? We will have to wait and find out. 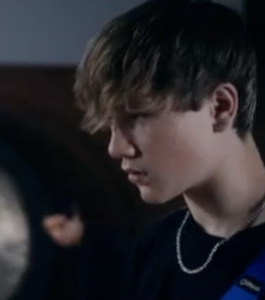 This is the longest version of any of Chapter 13’s new songs so far, over a minute and a half of LBS.

They teased this song a few months ago and promised a longer version would be released. If you aren’t familiar with the song, LBS stands for Loved By Someone. You will probably have figured that out anyway, after listening. The lyrics are in the lyrics section of the site – there is a link to it in the site menu.

This is as much as we can post at the moment, how do you think the song is shaping up so far? 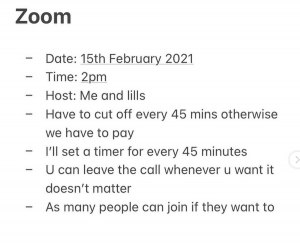 Chapter.Melody and ProperSaddosJake had a brilliant idea to have a Valentine Zoom chat for all fans to join. If you are interested here is what you need to know:

Message Chapter.Melody with your email to get the invite!

I think its a brilliant idea. Last time Tom joined in on the call, so there is always a chance one of the boys will show up. That isn’t what’s important though, it is great for fans to have a way to get together when there is no chance of meeting up at gigs these days.

Are you going to be joining the call? 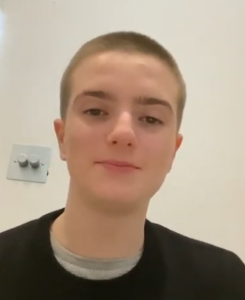 Noah posted a video to let everyone know who he chose out of everyone that sent an email to have the chance to be dating him on Zoom for Valentine’s Day.

Did you email the boys? If this is the first you are hearing about this, the whole thing is explained here. Each of the boys picked a few people form the 600+ that entered to call. Everyone had to enter for a specific band member so it wasn’t totally random. The boys used those calls to narrow down who they wanted to be dating tomorrow on Zoom.

It was a cool idea and has kept us a bit more entertained during lockdown. Do you know anyone who got a call or was picked for a date? 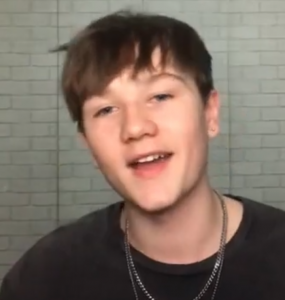 Jake has put fans out of their misery and announced his Valentine date!

He starts off by hoping that everyone is staying safe, and thanks to everyone who entered. He called a few people and had a good laugh with them.

He then asks the girl he chose to DM his so they can set up a Zoom call. But who did he ask? You’ll have to watch the video to find out.

Did you get to talk to any of the boys during this whole process? We would love to hear what it was like if you have anything about the experience that you would like to share. Leave a comment, or message us on instagram/facebook. The links are in the sidebar if you need them. 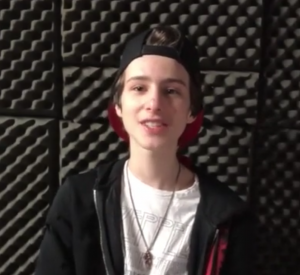 Jacob posted a video, that you can watch below, announcing who he chose for his Valentine Zoom date.

Like Tom, he mentions how astounded they were at getting so many requests but this time he puts a number on it. There were over 600 emails in their inbox asking them to chat.

Jacob called and spoke to a few fans, so it wasn’t decided entirely on what was in the email. That was just enough to get into the running to have a chat, to maybe get the date. Find out who he wants to call tomorrow by watching the video.

He thanked everyone who entered and who spoke to him in the run up to Valentine’s. 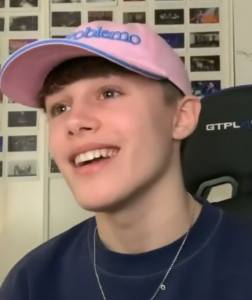 Tom has chosen his Valentine’s Day Date! He announced it on instagram with this video today.

He thanked everyone for all of their entries. The boys were so overwhelmed with the amount of people that wanted to chat with the. In the end they picked 50 emails each and chose form those emails just a few people they would have quick chats with on Zoom – like a virtual speed date.

After getting to talk to a few of the entrants they then had to pick just one person to call tomorrow for a virtual date. Tome announced his date just a few minutes ago. You can watch the video announcement right here. Congratulations to the lucky girl! 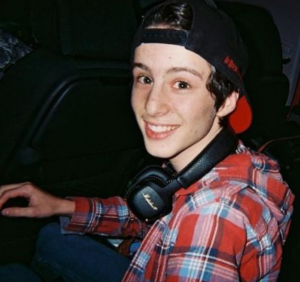 Chapter 13 are, like all the rest of us, back in lockdown. The boys have shared a few pictures of what they have been getting up to in between working on their music.

It is lucky for us that they have somewhere to go so that the current situation doesn’t mean we wont get new music, vlogs, or content. It has been great to see them getting more active and interactive with fans – did anyone get a valentine call from them yet??

Turns out the list includes fireworks and general messing about. There is also a shirtless pictures for the Tom stans.

Click on the adorable picture of Jacob to the left to find out what else they have been getting up to while passing the time in lockdown. 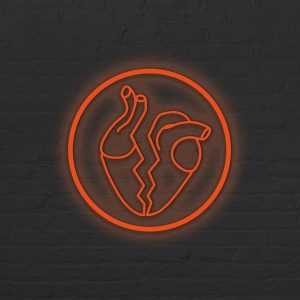 The boys have been teasing this brand new logo and it looks pretty sick! Could this be the artwork and title of their first single? It may be an EP but my bet is its a single.

It seems as though their upcoming debut album would be called Songs For Generation Sex. This could be a big year for the band, you guys better be getting excited too.

What do you think of the name Heartbreak Takeaway? What name do you prefer between that and Songs For Generation Sex? – and which one has the better logo?

New pictures will be coming soon. Dont forget to keep checking back, and of course should in the comments if there is anything you want to see on here. Or type at a normal volume, its up to you really!