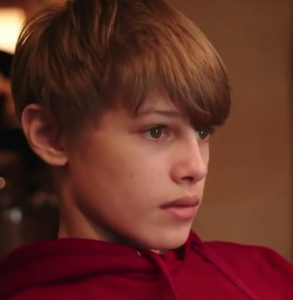 In another peek at what’s in store on Heartbreak Takeaway, Tom really opens up about his songwriting. He explains that it can be difficult not to get attached to a song he is writing.

The other band members talk about how well they know Tom and what he has been through. It is serious in tone, and a really great insight that we haven’t ever had before. It really does seem like some of the footage they will be releasing will be very raw, and will really help fans get to know them.

This was the caption:

am I the bad guy, for thinking it’s cool to keep your bruises on the inside💘

Happy Entertainment said this about the video:

This was filmed in November 2019. Since then @tomabisgold has written the most powerful and personal album I’ve ever heard.
Chapter 13 have an amazing relationship with each other and it’s the love and support of Jake, Noah and Jacob that has given Tom the courage to say what he needs to say and write songs that will inspire a generation. The album is almost finished and I couldn’t me more proud of the four young men @chapter13 have become 🧡🖤🧡🖤

Watch the video below: