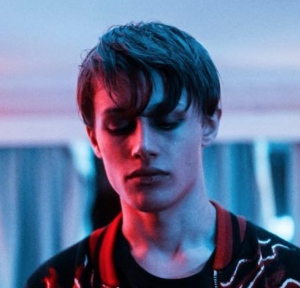 Chapter 13 have been teasing photos and videos of their latest as-of-yet untitled video project. All they will confirm so far is that it is not a music video. The most popular opinion at the moment is that it will be a longer performance video – hopefully of songs from the entire album?

It looks very stylised, and seems to be based around a house party theme. I have very cleverly put that together since all the photos I have seen are from in and around a house. It looks like a fun time with many people… house party.

They’ve shared a clip of Tom singing Ordinary People on a couch in an orange Chapter 13 branded jump suit (amazing merch opportunity by the way). They have also released a shot clip of Looks Like You’re Having Fun [ both clips are embedded below – go to read more to see them ]

There will be some pictures added to the site soon, some you may have seen and some that maybe you haven’t [ nothing from HeartbreakTakeaway will be shared publicly here since that would break their rules ]