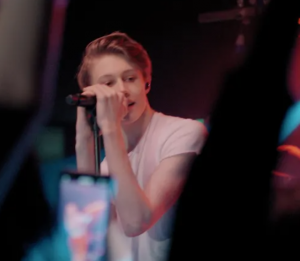 After releasing the behind the scenes ‘get ready with me’ style video yesterday, a new video has been released!

In this one you can watch Chapter 13 perform Distraction live at their most recent gig, The Grace. As much as it sucked that old videos of their live performances were taken down, it is great that they are starting to release professional quality videos of their newer performances.

If you feel like singing along, you can get Distraction Lyrics here.

What song do you want them to release the video for next? 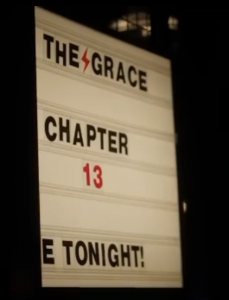 The behind the scenes video from The Grace show in London has been released! Watch it right here.

You’ll get to see the whole build up to their recent show, and see exactly what happens as the band prepare for their first live in person gig for over two years. 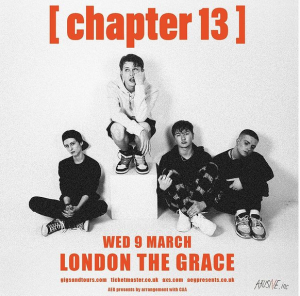 Are you going to Chapter 13s first show of the year? It is almost here! They will be playing at The Grace in London this Wednesday (March 9th)!

Don’t worry if you haven’t got tickets yet they are still available here: https://www.axs.com/uk/events/426614/chapter-13-tickets

I think the band are just as excited as the fans for this one.