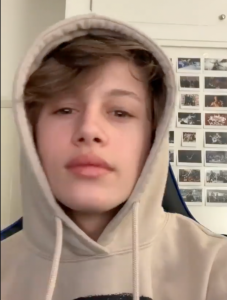 The Chapter13.NET YouTube has a video of the July Chapter 13 Instagram stories! For anyone who isn’t on Instagram or missed some, its a good way to catch up all at once. I have been thinking about doing this for a while so send a message/comment if you think its a good idea.

If this is popular I can do it again for August. I am including the videos posted on Tom, Jake, Jacob, and Noahs accounts. You might spot a few of Jake’s aren’t there, that is because they were uploaded separately as a Q&A video, and one of his covers is already up on the YouTube channel. There is a Tom one that is missing, but that is because he deleted it. I assume he decided against putting his barber’s face in it? So out of respect I have left that one out.

Let me know any opinions on the video. Whether you want to see one again next month, are the titles annoying? They are deliberately out of the frame of the video so you can screenshot/record without a tag in the way. That way fans can still use the videos in their edits or whatever.

I included the names, because sometimes it might not be obvious who posted the video. Either they wont have their face or voice, or more confusingly, will have a different band member in it. 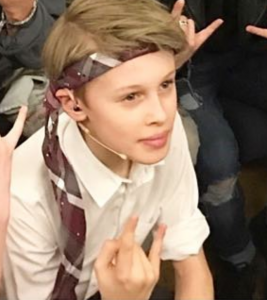 The School of Rock album in the gallery has over 50 photos! These pictures are from all over the internet, maybe there will be some in there that you haven’t seen.

There will be more new photos added soon -probably later today. There are a lot of pictures in the gallery already, but still a lot more that need to be posted. We are almost at 10,000 views on them too!

I did tease a new site layout on instagram this morning, that may be arriving later today too! So keep checking back. Thank you to everyone that has been visiting the site & sharing the link, it means a lot!

If you want to see the new pictures, click on the image on the left! 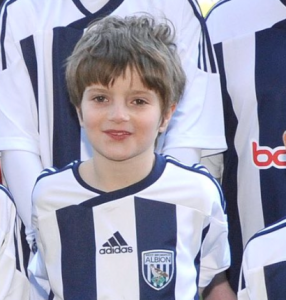 There are over forty Noah Key baby pictures, and photos from when he was little now in the gallery.

There are some from when he was in Elf, I Can’t Sing, A Servant To Two Masters, and a few others. As well as some photos at home and on holiday.

Click the photo on the left to see the album. Are there any in there that you’ve never seen?

There are a lot more new photos ready to go into the gallery -organising them all is the problem. 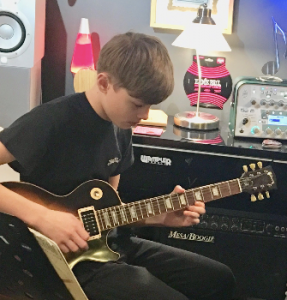 There are some new photos in the gallery that you may not have seen before.

There is the full size of this photo of Tom getting a guitar lesson, some photos of him from when he was in Bugsy Malone, an unseen photo from their Camden Assembly gig, and a few others.

Click the picture on the left to get to the gallery, you will find the new photos under the recent pictures section! 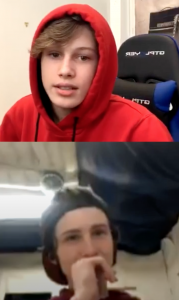 Yesterday the band had a livestream on WeAreChapter13 (instagram). Tom was the host and the other boys joined one at a time. They talked about what they are getting up to at the moment. They are passing the time by playing and listening to music.

Noah has a new practice kit so he doesn’t drive his neighbors crazy. They also played ‘Guess The Song’, Tom was picking the music and you can see his bias for Arctic Monkeys coming through. Tom also asked the we stop sharing videos of his voice crack from the Castaway Tour… um, no promises Tom, sorry.

You don’t need a drawn out description from me though, because welovechapter13.x (instagram again) has uploaded it! I tried uploading a few times and got a series of technical issues, so I am glad somebody managed it 🙂 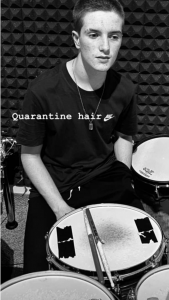 If you follow Noah on instagram you’ll have seen his story already. But if you haven’t, you must have read the title of this post and know by now! It’s true, Noah shaved his head!

A few people I know have already gone for this look in quarantine. I guess its the easiest option when its starting to get too long to be comfortable and there isn’t a barber in sight!

What do you think? Is it better than his usual style, or can you get used to it? Or do you miss his old hair?

I found a lot more pictures of the boys from their West End days that I thought should go into the gallery. There are 12 new School of Rock photos!

Are there any in there that you haven’t seen yet?

I also found a few more baby pictures of Jacob that will be coming soon.

Click the photo on the left to see photos of Chapter 13 from their time in the hit West End musical School Of Rock!

All of these pictures are from backstage, off stage, and SOR fundraising.